AIDA Spotlight - Meet Pim Vermeulen: A certified AIDA instructor, judge and past member of the AIDA Board! 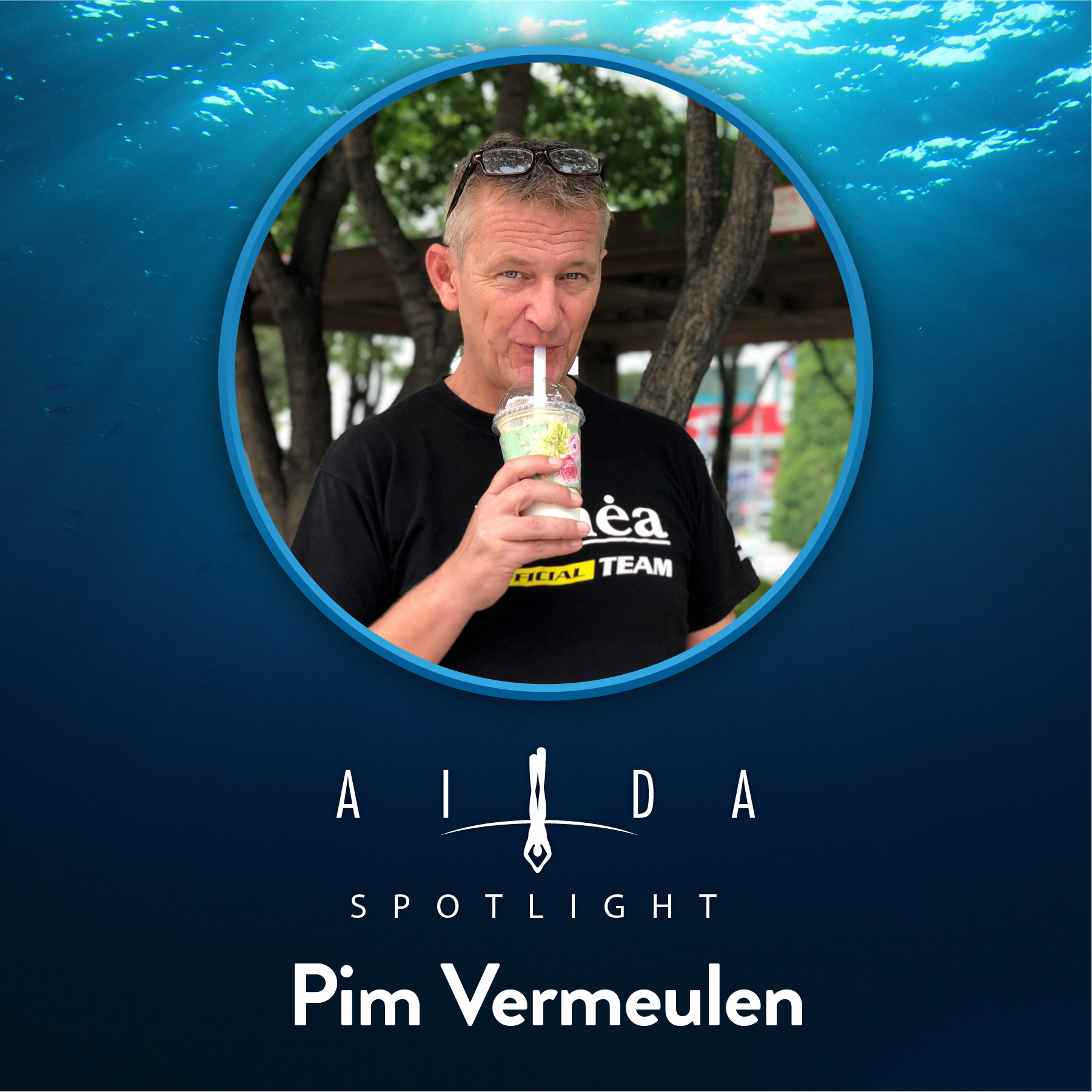 I started freediving at the end of 1997 when I developed a chronic knee injury from long-distance running. After years of experimenting with the sport, I decided to learn more about it. I trained with Loic Leferme and his team, Umberto Pelizzari, Aharon and MT Solomon, Pierre Frolla, and more. I became an AIDA Instructor in 2001 and an AIDA judge in 2003.

After eight years of competition and earning several national records, I decided to focus only on teaching, coaching, and organizing competitions. In 2012, I decided to become a full-time professional freediver and moved to Dahab, Egypt, where I live now.

Initially, freediving was a way to push my body and mind. After the early years, my focus changed to achieving total “relaxation of the soul”, knowing that the body will follow. This is also the philosophy I use for teaching and coaching.

My first steps with AIDA began in 2001, as the founder of the Dutch AIDA National. I later became a member of the AIDA Education Committee at the end of 2003 and helped created the current education system.

My role within AIDA got bigger quickly when I became a member of the Executive Committee. Due to my professional background and my interest in the sport, I started rewriting competition rules and related documents from 2006 until early 2021.

Even though I resigned from my duties on the AIDA Board, I hope to stay part of the competition development side of AIDA and help wherever I can. Currently, I am creating new Judge course materials, which will be a major step forward for AIDA Judge education.

Being a board member for 17 years and seeing AIDA grow to where it is now, makes me proud and I hope to have many more good years together to come.